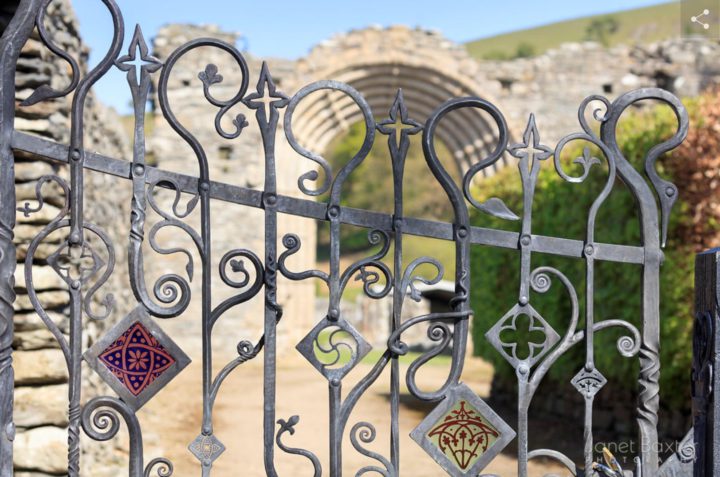 I was commissioned in March 2017 to make some stained glass pieces to be inserted into gates designed by Rubin Eynon. As Strata Florida means “avenue of flowers”, I based my designs on flower patterns from medieval tiles which survive at Strata Florida and at Tintern Abbey. I also included in the designs text from manuscripts thought to have been written at the abbey, including The White Book of Rydderch and poems by Dafydd ap Gwilym. The ironwork is by Horizon Forge. 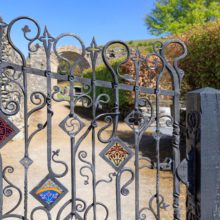 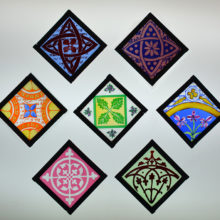 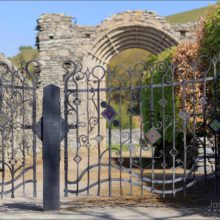 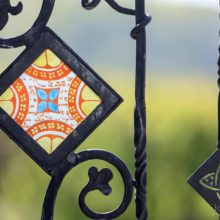 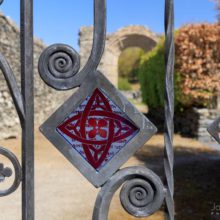 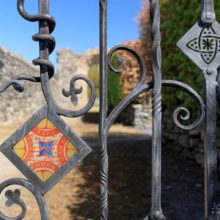 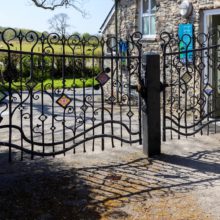 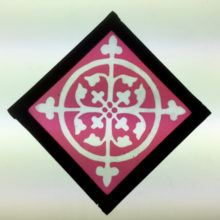 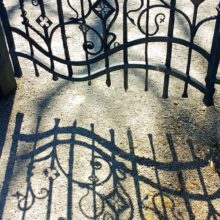